Readers: Think back a few years ago–I went bonkers for the first three novels in the Graveyard Queen series, about Amelia Gray, a graveyard restorer who stumbles across clues and gravestone symbols to catch killers. She also sees ghosts, and believe me-they aren’t the cute Caspar kind!

Well The Visitor, book four, was released this month and I read it (with constant goosebumps) in one  sitting. I’m delighted to welcome back one of the most prolific Gothic thriller writers in modern times: Amanda Stevens.

Hi Amanda. There’s a four year gap between your last Graveyard Queen novel. What have you been doing during this time?

The Prophet was the last of the original three books in the series.  Since then, I’ve written three more books—The Visitor, The Sinner and The Awakening.  Life threw me a huge curve-ball in 2013 and it took me a while to get back into writing.  But I’ve worked my way back and I think the next Graveyard Queen trilogy echoes my struggles.  It’s been a dark and twisty journey for both Amelia and me.

I’m thrilled that über-hottie John Devlin is playing a bigger role in this story, and looks to be a major conflict for Amelia in The Sinner! Did you always have his dark and haunted background mapped out or has this growing issue with his grandfather and the family business come to you as the novels have progressed.

Devlin’s evolution is interesting to me because from the very first moment he stepped out of the mist in The Restorer, I knew he was more than just a haunted police detective.  He had something really, really dark in his background, something that he might not admit even to himself.  Something that initially led him to Dr. Shaw and the Institute for Parapsychology Studies and then repelled him from all things paranormal.

So to answer your question, I didn’t have his background mapped out, but it was always there in the back of my mind so that all I had to do was flesh it out when I needed to.  That’s been another interesting thing about this series—sometimes I’ll drop something about a character’s background or even mention something in passing that doesn’t seem to be all that important to the current story and then I get to the next book and I realize that I’ve been subconsciously dropping clues and setting up backstory all along.  I think it’s all there in my head and has been since the very first book, but I didn’t know it until I needed it—if that makes sense.

Unitarian Churchyard in Charleston–so lush, so Southern, so Gothic. There’s a scene in The Visitor that takes place in this churchyard. Photographer: Amanda Stevens.

The Sinner looks to be an epic clash of forces. Is this the end of The Graveyard series or have you signed for more?

The sixth and final book (for now) is The Awakening, which will answer a lot of questions and resolve a lot of issues, but I don’t think Amelia’s story can ever be completely wrapped up.

Do you plan to go to San Diego (this year) or Orlando (next year) to attend RWA the conference?

I’m not going to San Diego this year and I don’t have any plans as yet for Orlando, but that would be a great conference to attend because The Graveyard Queen will be ending and hopefully I’ll be launching a new series by then.

A shot of a baby crib memorial in Magnolia Cemetery in Charleston.  This grave inspired the plot for The Awakening–the 6th Graveyard Queen Book. Photographer: Amanda Stevens.

What has changed in publishing these four years now that you’re back in the fray? Deadlines tighter? Self-marketing expectations? A shake up in the editorial crew?

Believe it or not, I’m still working on the same contract I had before I took a step back so nothing has changed for me personally as of yet.  But in that four-year period, my publisher was bought by HarperCollins so I’ll soon find out what that means in terms of a new contract and new expectations.  I’ve had the same editor for twenty years and she and my agent have been incredibly understanding and supportive. I’m optimistic about a new contract and about my career overall, but I’m also realistic.  Four years in publishing is a lifetime.

I know you shy away from public speaking, but if you gave a workshop what do you think you’re most expert at to share with new writers?

Writing is so instinctive to me that I have a hard time trying to explain the process.  I really don’t know how I do any of it.  But I suppose I would stress the importance of creating atmosphere and a sense of place, a sense of dread.  I subscribe to the Alfred Hitchcock school of suspense that less is more.  What you don’t see/read can be far more disturbing than a lengthy description of blood and gore.

What books have you read recently that leave you in awe? (Doesn’t have to be romance.)

I still think about Michael Gruber’s Tropic of Night even though I read that book some years back.  Talk about atmosphere and a sense of dread!  Currently, I’m reading The Saints of the Lost and Found by T. M. Causey, which has a wonderful premise.  I love a good premise!  One of the most memorable has to be The Farm by Tom Rob Smith.  It’s an older book that I found while browsing Half Price Books.  The back cover synopsis sold me.

Describe a relaxing day for you.

I live a pretty stress-free life these days so a typical day for me is several hours of writing with a little gardening thrown in and then an evening of binging on The Walking Dead or whatever series I’m into at the moment.  Lunch and dinner with friends, a day at the beach now and then.  It’s all good.

Favorite recent movie and why?

Mad Max: Fury Road.  Beautifully shot, non-stop action, breathless stunts and an amazing cast.  My son was in town when the movie came out and we went to see it together.  He’s a filmmaker so I always love hearing his take and whatever inside information he’s gleaned out in Hollywood.  That movie left us both so gobsmacked, we went back the next day to see it in 3-D.  Another beautifully-shot movie is Crimson Peak.  So Gothic and dark and lovely. 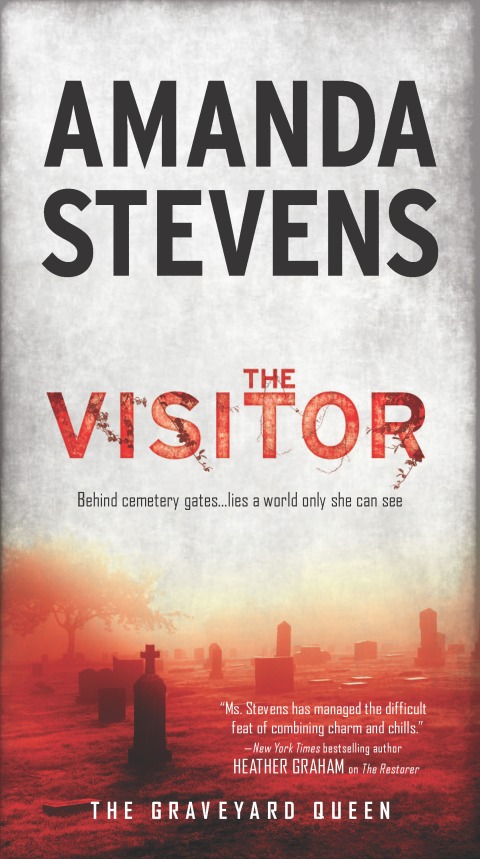 Although the indie option is out there for all writers, many still seek the traditional path and/or are still trying to get an agent. What advice do you have for them?

Gosh, it’s been so long since I went through the process and so much has happened to me personally and to the industry as a whole that I don’t feel at all qualified to offer advice.  I mean, I’m a dinosaur.  But for someone wanting to go the traditional route, I imagine perseverance is still key.  Keep sending out those query letters, keep polishing that manuscript and never stop working on your craft.  Probably the best thing you can do for your career and your sanity is to develop a thick skin.  Writing is personal, but publishing is a business.

The Lucky Recipient of an AMANDA STEVENS’

Congratulations Aretha!  To redeem the free book of your choice please email contact@kissandthrill.com (or go to contact page for details). Amanda will send you an e-book or paperback–your preference. (“The Restorer”, “The Kingdon” or “The Prophet.”)

Remember, we must hear from you within 10 days! And you must provide a US or Canadian address to qualify or another winner will be chosen. Thank you all so much for commenting on Tuesday, we hope you’ll Add-to-Favorites or bookmark KissAndThrill or better yet, subscribe!

WIN-WIN Offer to ALL: If you’re a big Kiss and Thrill fan, and you’d like to do something to help save lives, check out the Brenda Novak Diabetes Auction!

Among hundreds of items such as jewlery, lunch with your favorite author and e-readers, our K&T blog is offering an amazing basket of goodies! Bid on critiques for writers, gift cards, and other freebies from the 9 of us.

The auction is open the entire month of May. We hope you make a bid or two and help raise money to find a cure for this horrible disease.   Brenda Novak Diabetes Auction Website.

What’s next on the Kiss and Thrill blog? 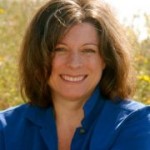 Cynthia Cooke is an award-winning, multi-published author who has published 11 books and short stories for Harlequin/Silhouette and Steeple Hill.
Her latest book, Deadly Secrets, Loving Lies will be one of the launch books for Entangled Publishing’s new Dead Sexy Romantic Suspense line.
Cynthia is best known for writing page-turners that will keep you up at night.  So if you choose to take that ride, over the edge and into the dark, don’t forget to turn on the lights. Cynthia’s books aren’t sweet and they aren’t for the faint of heart.  Enjoy the Dark Seduction.