No f**king way was he going to die running. He stopped, turned and faced the truck barreling toward them. The tires ate up the ground at an indecent rate. He clutched Isleen tighter to his chest. For her sake, he wanted it to be a quick death. No more lingering. No more pain.

That thought infuriated him. None of this was right. They shouldn’t be on the verge of death. Again.

Everything slowed, happened as if through the quicksand of time. A white dandelion floaty meandered on the breeze directly between them and the truck. His heart no longer ran a staccato rhythm. Duh…duhm. Pause. Duh…duhm. Pause.

His life didn’t flash before his eyes. The future did. Isleen’s future. In an ethereal dream beyond time, her skin was gilded by firelight, her eyes void of sadness and fear, her body whole and healthy. She smiled, an expression so full of warmth and tenderness and undiluted joy that it plunked itself down inside his heart and wouldn’t leave.

He ached to create that kind of smile on her face, but their lives were over and it all could’ve gone so differently if he’d only listened to her, believed in her, found her years before now.

An excerpt from Race the Darkness

Cursed with a terrible gift
Criminal investigator Xander Stone doesn’t have to question you—he can hear your thoughts. Scarred by lightning, burdened with a power that gives him no peace, Xander struggles to maintain his sanity against the voice that haunts him day and night—the voice of a woman begging him to save her.

A gift that threatens to engulf them…
Isleen Walker has long since given up hope of escape from the nightmare of captivity and torture that is draining her life, her mind, and her soul. Except…there is the man in her feverish dreams, the strangely beautiful man who beckons her to freedom and wholeness. And when he comes, if he comes, it will take all their combined fury and faith to overcome a madman bent on fulfilling a deadly prophecy.

Jeez-Lousie! What a terrific premise! Welcome, Abbie, how did you come up with this?

My characters made me do it!

I usually just follow my characters wherever they take me. So far they’ve never let me down. So I’m not exactly sure how I came up with the premise. It’s just something that happens organically as I’m writing the book.

A lot of writers insert something (a person’s name, a street they used to live on) into their novel, kind of an ‘in’ joke for the readers who know them best. Did you do this? Can you give us a hint of one?

How did you know I did that? Lol. I guess all of us writers do it!

At the beginning of all three of my novels I have fictional epigraphs, and I always use my family’s initials and names. Here’s an example:

Individuals with Auditory Perception Syndrome claim to hear more than sound. They allegedly possess the ability to hear thoughts. These assertions have never been scientifically proven and should be treated as an auditory hallucination.

~~Dr. M. J. Franklin, The Journal of Sound and Mind

You call this a dark suspense. Define what makes up the ‘dark’ and how difficult was it to write and switch back to your friendly, compassionate, funny self? (Or your other self- a counselor, and switch from listener, problem-solver to your creative side?)

The professions—writer and counselor—aren’t as different as you’d think. Or maybe the lines have blurred a bit for me since I do both.

The two most important skills I use as a therapist are: Listening and creativity.

I listen to stories all day. As a story-teller I’m enthralled by every client who comes through the door! Everyone’s lives are so different. I listen to my client’s tragedies. I listen to their triumphs. Their stories inspire me. The terrible, awful, horrible things I hear—that’s what comes out in my writing and makes it dark. I didn’t even realize how dark my writing was until a prospective editor called it “romantic horror” and was concerned they would have to put warning labels on it!

The other part of what I do is creative work. I have to figure out how to get a client to buy into making change. I have to figure out how to show them their problem, but from a different perspective. You know that old phrase think outside the box? Every session challenges me to think outside the box because every client is different. There’s no cookie cutter answer for everyone.

Is this going to be a series?

Lathan Montgomery has a unique ability to solve cold cases. When he links a group of unsolved murders and discovers an active serial killer, the mind-hunters at the FBI refuse to open an investigation. Lathan is determined to find the killer himself, but his search gets stalled when he rescues a woman from an attacker. The more he gets to know her, the more devotion, tenderness, and passion overwhelm him in a way he’s never experienced. But the killer is on the offensive and kidnaps Lathan’s only love. And he never keeps his victims alive for long…

The son of a serial killer falls for his father’s only surviving victim. Will she be able to see the man he truly is and not how much he resembles his father? Or will the past become the present and destroy them both?

Your career sounds formidably busy and mentally taxing. When do you find the time to write?

I write for an hour before I go to work in the mornings. If I have a cancellation or a no-show at work that’s bonus writing time for me! Whoot! Whoot! Then I spend two to four hours in the evening writing before I have to go to bed and do it all over again.

On my days off, I spend all morning and afternoon writing. I’ll take a break for supper and then write in the evenings until bedtime. I live a very boring life. But I wouldn’t trade it for the world! I love being a writer!

When did you know you just had to write novels?

When I turned thirty-five I realized I wasn’t happy with my life. I had a great husband. A great job. Two awesome and ornery dogs. So why wasn’t I happy?

I thought I needed a hobby. So tried painting and sewing. I made necklaces, candles, and soap. All in the name of avoiding doing the one thing that really wanted to do.

Why was I avoiding it?

I started taking on-line classes. I went to workshops. I attended conferences. I read books on writing. For nearly two years, I kept my writing a secret from every except my husband.

From the day I sat down and started writing my first chapter, writing has fed my soul. I can’t imagine life without it.

Favorite movie and why? 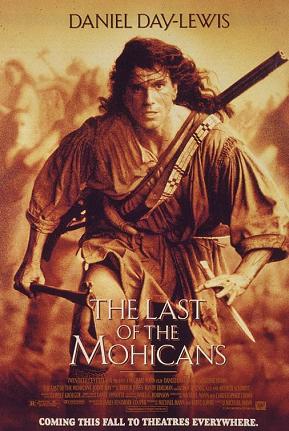 When I was eighteen-ish. The Last of the Mohicans starring Daniel Day-Lewis came out. Never in my life have I seen a movie in the theatre as many times as I saw that one! ME TOO! I think it was an epic 16 times before it left the theater.

I fell in love with the history. With the love story. With Daniel Day-Lewis. I loved how he protected his woman—even when she didn’t understand he was protecting her. I loved that he would kill to keep her safe. What could be more romantic? J

And seriously—have you seen a picture of Daniel Day-Lewis from that movie? <swoon> I ended up with the biggest crush on him!

A food you can’t say NO to is—

My mom makes this candy called Butter Crunch. It’s a melt in your mouth toffee that she ices on both sides with chocolate. OMG! My mouth is watering just thinking about it. I could eat Butter Crunch all day, every day, for the rest of my life. I would weigh 800 pounds, but I could eat it forever.

When she makes it for me I can’t stop myself—I have to eat it all! I can’t even meter it out over a number of days. Nope. I’m an eating machine when it comes to Butter Crunch. Mom has strict instructions to NOT make it for me. But sometimes she does anyway.

Novel you’ve read that had the greatest impact and why?

Will you settle for a series? J.R. Ward’s ‘The Black Dagger Brotherhood’ series.

Wrath, Rhage and Zsadist are my FAVORITE Brothers! But I love them all.

I love that the books are romance novels, but they are heavy heavy heavy in male point of view. I love that! It gave me permission to do same in my books! Those were my favs too (it’s like we’re twins, only you’re so much younger!)

Thanks so much for visiting us today, Abbie, and we wish you all the best on debut day!

About Abbie:
Abbie Roads is a mental health counselor known for her blunt, honest style of therapy. By night she writes dark, emotional novels, always giving her characters the happy ending she wishes for all her clients. Her novels have finaled in RWA contests including the Golden Heart. Race the Darkness is the first book in the Fatal Dreams series of dark, gritty romantic suspense with a psychological twist.

You can find Abbie Roads here: