The Daphne Award, named after Daphne DuMaurier who wrote the iconic book Rebecca (“Last night I dreamt I went to Manderley again.”), is for published and unpublished authors of romantic and mainstream suspense, mystery, and thrillers. The unpublished division finalists were announced this week. Diana was nominated for:

Not only is Diana a talented writer across multiple genres, she is also a skilled storyteller across multimedia. In addition to her fiction writing, Diana produces author interviews on her YouTube channel, writes a regular current affairs column for Montgomery County Media, blogs at DianaBelchase.com and Sisters of Suspense, and is producing an upcoming cable TV show featuring author interviews.

Since I can’t share excerpts from Diana’s nominated stories, I thought I’d share three of my favorite Diana Belchase interviews that show how special she is and what a wonderful sense of fun she has.

To Sir with Love, An Evening with ER Braithwaite

Congratulations to Diana and all the Daphne finalists! The winners will be announced in July in New York City. We have our fingers crossed for another unassisted triple play by the super talented Diana Belchase! 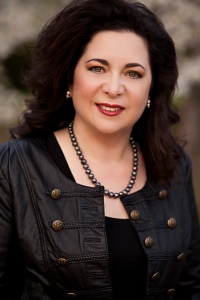