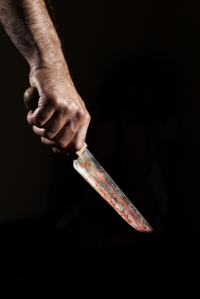 Over here at Kiss and Thrill, it’s no secret that we loooove romantic suspense. We began this blog in 2011 specifically to share other authors, books and plots with you. Back then, only three of our members were under contract. Now, due to the myriad of publishing options, we’re all carving out a path that’s right for us. And after nine years of writing, I too will achieve that coveted title: published author. My debut, LOCKED, LOADED and LYING will be available on JUNE 16th!

Most authors will tell you: the whole writing-publishing experience is like a rollercoaster ride. The highs are true adrenalin rushes, the kind where you throw your arms in the air and shriek until you’re hoarse. Could be over winning writing awards or having a literary agent call and gush for twenty minutes about your novel before offering to represent you. There’s no other job or achievement (for me) that surpasses the thrill of creating characters and conflict, and sharing ‘my baby’ with the world.

Along with the rush of those highs come the lows, which are just as powerful. Harsh judge comments on a contest entry, reading all those agent/editor rejections sure do emulate the G-forces of a rollercoaster. As in: it sucks the breath right out of you, leaves you stunned and glued in place (usually a fetal position on the floor.)

But the rollercoaster has click-clacked back to the loading platform, I’ve gotten off, and am shakily standing in line for a whole new ride. When I had absolutely NO topic for today’s blog, Sharon Wray suggested I write about the ‘standing in line’ part. The transition between signing a contract and actually selling a book on Amazon, B&N, etc.

It began with a phone call from my agent. “Entangled Publishing just sent over a contract for your book.” (See rollercoaster high symptoms above.) Then came months of pins and needles waiting while she negotiated my terms, and I suffered the torture of keeping this secret to myself. Which, of course, I didn’t. 😉

When I finally did sign the contract, oh boy, did I blurt the news! Unfortunately, the editor who’d loved my story, and initially sent over the contract to work with me was no longer there, so I was assigned to another editor. Yikes! I’d heard horror stories of writers changing editors and the new one did not like the plot, the voice or the writing. 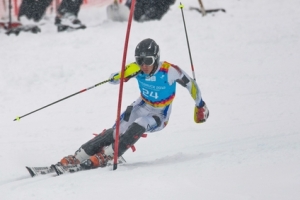 Wasted energy! My new editor, Anya Kagan, was insightful, patient and saw the big picture–whereas I obsessed on a word or scene level. It became a team effort to spit-shine that manuscript. There were 1st edits (major revisions that instantly drew the reader’s sympathy to my hero’s plight, and upped the stakes he faced.) I returned those in a month and within 10 days 2nd edits were in my Inbox. Less changes, but a suggestion to delete an entire chapter that ‘explained’ my heroine, and wasn’t very interesting. Why not feed snippets of her secrets within the first 100 pages? Brilliant!

3rd edits consisted of changing one sentence. (Yay me!) Then on to Copy Edits, where another editor, who specializes in fact-checking, read through the story and made suggestions. Could my hero (a US Olympic Alpine Skier) have competed in the 2006 Torino games? (Sure that was a long time ago, but Torino is also a major subplot. And don’t forget, I’d written the story back then!) Turns out, Bode Miller competed there, and he’s already competed this year, with a DNF (did not finish.) Case closed, I got to keep the Torino Olympics in the book. Whew!

Off the story went to be formatted into a book, and then we were Proofreading the Advanced Reader Copy (ARC.) Any changes here meant catching spelling errors, a word that was supposed to be italicized, etc., not to revise. I seriously had to reign in my inner editor (who’s still criticizing each paragraph, even after all these years!) By this time, if you’ve kept count, I’d reread this entire novel 5 times in 3 months. So to proofread it that slowly and with such care, made me honest-to-God hate the plot, the characters, every $@&# word on every page, and OMG-why did I ever think I could write?!  🙂 I hear that’s normal…

Next was creating my dedication and acknowledgements pages. After nine years I had a lot of people to acknowledge, because in the publishing industry it DOES take a village! Thanking all these people who’d done so much for me, in a page the whole world could read, warmed my heart. AND it was one more step toward authenticity…what a rush! Interestingly, I put much more time into it than I expected. I wanted to get the words absolutely right, the tone perfect.

I have one more step to look forward to: seeing what the Entangled graphic artist creates for a cover, which will happen in early May. Once I have the cover I can decorate my Facebook and Twitter pages, set up an Amazon Author page , update my website and invest in ‘swag.’ (Fun giveaways.)

You’ll notice I didn’t tell you much about LOCKED, LOADED and LYING. Why? Because there’s plenty of time and many blogs where my cover, official back-cover blurb, and plot points will be broadcast.

For now I leave you with 2 clues 1) these pictures are all broad hints: An heiress is murdered in Aspen and all evidence points to her boyfriend, my insanely hot hero, Lock Roane. He was too drunk to remember anything that night, but given his past history of blackout violence, it’s not a big leap for him to believe he did kill her.

On the eve of his felony murder trial he saves the life of a young woman in a blizzard, not knowing she’s his biggest media nemesis. And when Jordan Sinclair regains consciousness she will lie through her teeth to keep it that way (you’ll find out why.) As she recuperates she gets to know the personality he doesn’t show the camera and begins falling for him, but her tangled lies hamper their growing attraction. And sizzling sexual tension wreaks havoc in their frantic attempts to uncover the grisly events of what exactly happened on that fateful night.

So that’s my standing-in-line story. Off to buckle up for the next ride!

WHAT WERE YOU DOING NINE YEARS AGO? COMMENT FOR A CHANCE TO WIN A $25 AMAZON GIFT CARD! WINNER WILL BE ANNOUNCED NEXT TUESDAY.

The winner of a $10 gift card and e-copy of BLESSED ARE THOSE WHO WEEP  goes to Julie Oest!