Be Brave. Be Strong. Be Dauntless.

Since it’s been almost a whole year, and I still think about her every day, my Kiss and Thrill sisters have graciously allowed me to post the eulogy I wrote for her funeral.

I hope it gives you the courage you need to prevail in your own battles.

Nine years ago, I stood in Starbucks with a latte in one hand and my laptop case in the other, eyeing two empty seats near the window.

The last two free chairs were flanked by sketchy-looking men. The one on the left, in black jeans, dirty boots and leather jacket, was working on his laptop with files and a motorcycle helmet spread out on the empty table next to him.

So, to sit there, I’d have to ask him to move his things.

The other man, to the far right, was dressed in black jeans and T-shirt. Some biker with a long braid and devil eyes, serious tattoos on serious biceps, and a killer smile whose only purpose was to show off his gun-metal lip piercings.

My arms ached from holding my bag, and I hesitated, wondering if I should go home. Except I held a ceramic mug instead of a TO-GO cup. So I was stuck.

“Be strong.” The words came from behind as a woman swept past me. “Be brave,” she whispered in a lovely British accent. She was wrapped in a sparkly purple scarf, pink dangly earrings, and bright red hair.

She glanced back with an I-dare-you smile, balancing a pink laptop bag and a ceramic mug.

At least I wasn’t the only paper cup snob.

She sat next to the pierced man while I stood, still hesitating.

Once she settled herself, she looked at me, raised her mug, and winked.

And curiosity won over fear. With a determined nod, I asked the motorcycle man to move his things and sat next to this fascinating woman. We put our bags between us, said a shy hello, and opened our laptops.

Many of you knew Karen as the extroverted, vivacious woman who lived passionately. But that wasn’t the woman I sat next to, week after week.

Although we quickly established an easy rapport, writers have an inherent need for quiet and privacy while they work, lest the perfect words slip away.

As we got to know each other, we watched each others’ bags when we needed a break, made outrageous observations about the regular customers, and I learned new words like loo, knickers, and snog.

We developed an unspoken working relationship. We’d write for an hour, chat for 15 minutes, then go back to work.

We even used a timer.

Yet, during this time, we never shared our words.

Then came the deeper learning. We talked about our story ideas, bonded over our similarities: Both married, with children in the same school and swim team, and both had lost our fathers.

Finally, one day after the timer went off, Karen leaned over and asked, “Are you brave?”

Since I’d just gotten another rejection that morning I responded, “Not very.” I’d hit a point in my writing journey where I was getting rejected regularly and had no idea how to move forward.

Karen lowered her voice. “Would you like to be critique partners?”

I hesitated, again, slightly stunned. Asking another writer to share words is like asking someone to watch your baby. Saying yes requires a level of trust in the partner’s motives, their skill, their passion.

But looking at Karen with her crazy red hair and infectious laugh, I said, “Okay.” Then gave a firmer, more committed, “Yes.” 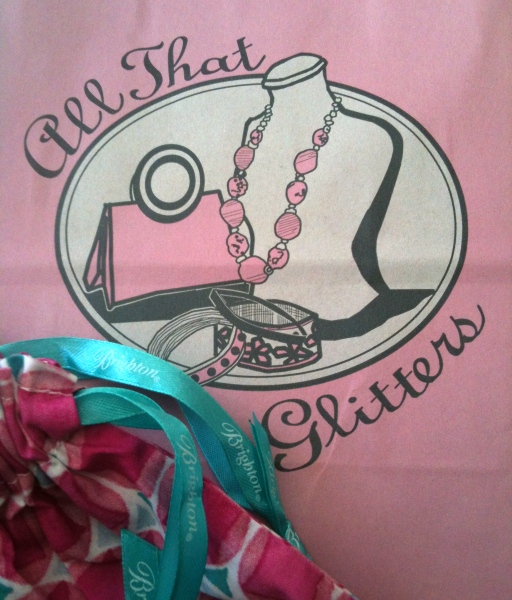 What followed were years of sharing words, advice, and dreams.

Yet, while Karen changed literary agents like most women change shoes, I hesitated.

Since my queries to agents often went unanswered, and those that responded did so with a polite “No, Thank You”, I’d stopped the querying process.

It was too hard, too painful. To which Karen would always say, “Remember, Sharon. Be strong. Be brave.”

So I continued to write and query, as Karen cheered me on.

Years passed, we completed manuscripts, and other CPs including Stephanie, Christine, Pintip, Mary, and Danielle joined us, and some moved away. But we persevered with Karen leading the charge for us all, “Be strong,” she’d say. “Be brave.”

Seven years after we met, I went to Atlanta for a writing conference and was offered representation by my dream agent, an agent Karen had urged me to query even though I was afraid.

I texted her after dinner, “Deidre Knight of the Knight Agency asked to represent me. And I said yes!”

To which she replied, “Smashing! We’ll celebrate with lunch at the Clifton Café.”

I read the text quickly, trembling with excitement, barely noticing that most of her words were mis-spelled.

Those first few weeks, leading up to December 2011, were some of the happiest we had together. Her middle-grade books were doing well, and she’d sold a third. She’d chosen a new agent for her women’s fiction books and was looking for one to represent her young adult novels.

We worked every day, both of us driven and fearless, full of hope for the future.

We tore apart our manuscripts, came up with prologues, ditched characters, added new ones. After years of struggling and learning our craft, we were moving forward.

Even our other critique partners were finding success. 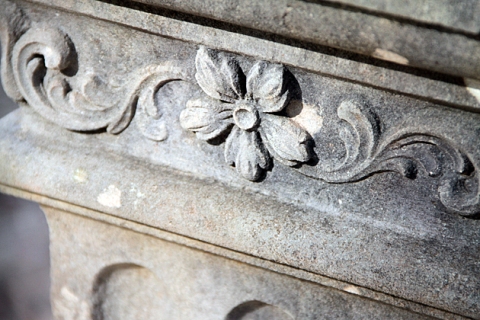 Yet, there was one problem. Karen was mis-spelling words in her critiques, getting confused between her manuscripts. And when she asked me to read a query to a new agent for her YA novel, I told her I thought something was wrong.

Her queries, one of her greatest strengths, were flawless. But this one was filled with missing words, bad spelling, and she’d even given the wrong title of the book she wanted to sell.

She told me she was just tired. But I wasn’t so sure. And the pit in my stomach agreed.

Christmas came and went, winter set in and that sickening sensation in my stomach grew larger, almost choking me. So I wasn’t surprised when I got the call that she’d been sent to the hospital. Mary and I rushed over, only to hear words no one should hear outside a horror novel.

We struggled to stay positive, teased her because her accent had thickened, brought her flowers.

When Mary and Jim went outside to talk to a nurse, I took Karen’s hand and said, “Remember, Karen. Be strong.”

“Remember, Sharon,” she said with a smile that denied the truth. “Be brave.”

And in that moment, she set the course for how she’d fight this disease. With strength and courage. After all, she had a husband and children she loved more than her own life.

And I’d agreed to help, to be there always.

Over the next two years, we struggled to keep her world as normal as possible. We went to lunch at the Clifton Café, shopped at All That Glitters, and still we worked. On my manuscript and her YA novel. We were both desperate to finish.

The cancer first stole her ability to type. And as it murdered her tomorrows, it took her vision, then her voice.

Still, she insisted we work.

When I admitted my second revision was a complete failure, she gave me a fierce glare. “Be strong,” she ordered. “Be brave.”

I just swallowed hard and said, “Yes, ma’am.” For some reason that always made her smile.

Just as our communication options died, my daughter gave me a YA book she’d read and loved. Divergent by Veronica Roth.

Divergent is a dystopian novel about a sixteen-year-old girl who must make a series of difficult and scary choices in order to survive.

Knowing how much Karen loved YA books, I started reading it to her aloud.

As I sat next to her bed, I’d read and keep one hand on her shoulder. When she moved, it meant she wanted to say something, critique the plot, complain about the characters.

In the book, the heroine Tris lives in a world divided into five factions. And she has to choose a faction in which to spend the rest of her life. In order to do this, she’s given a test. But when the test fails, proving Tris is Divergent and therefore an enemy of the state, she must make a blind choice and pretend she’s normal.

She leaves her family’s faction committed to peace and selflessness and joins a paramilitary faction known for strength, bravery, and recklessness. A faction in which she could hide and learn to protect herself.

Except, after she chooses, she learns that if she fails her Dauntless initiation, she will be thrown out and become factionless. Which means homeless, hungry and alone.

As Karen and I read Tris’s story, we were both drawn deeply into her world, a world that required a level of courage that Tris wasn’t even sure she possessed. And every time Tris made another difficult choice, a choice requiring a courageous action, Karen would move her shoulder.

In her own way, she was reminding me to be brave. And I’d remind her she was my perfect role model. 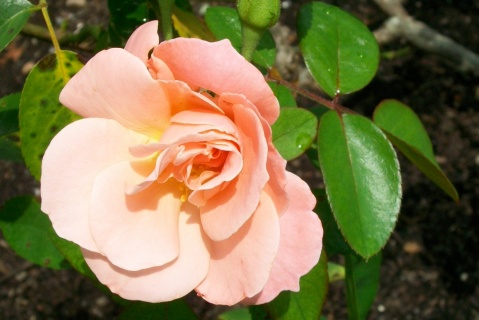 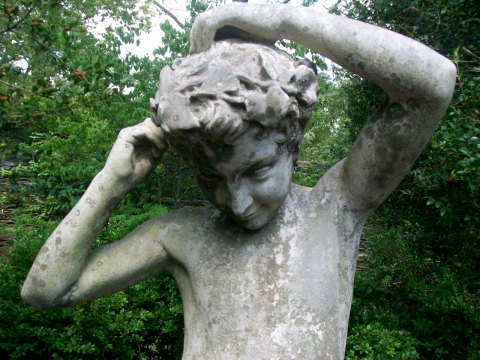 The weeks went by, Karen slept more and more each day, but still I read. We were both determined to stand by Tris, hoping she’d survive.

Then, three weeks ago while I was reading , Karen said in the clearest voice I’d heard in months, “Talk about the book”.

While she fought to get the words out, we talked about the story arc and Tris’ character.

Suddenly, she grabbed my hand. “How’s yours?”

I sucked in a breath. She knew that in December, after I’d finished the third revision on my manuscript, I’d ditched 80,000 words. 80 percent of the book. And I told her the truth, “not so great”.

She squeezed my fingers. “Be strong.”

I squeezed back, “Be brave.”

Those were the last words she said to me.

I went home that night and tore apart my outline, again, Karen’s words carved into my heart, but a question cut into my soul.

How does one stand strong in the face of such suffering?

If I had realized how scary the world is, I would never have become a writer.

If I had realized how fragile the world is, I would never have become a writer.

If I had realized how desperate the world is, I would never have become a writer.

If I had realized the world’s woes have the winning advantage, that it’s much easier to stay afraid, to run away, to give up on dreams, I would never have become a writer.

If I had realized that a choice between two sketchy men would lead me to one of the greatest friendships of my life, I wouldn’t have hesitated that day in Starbucks. I would have run to my seat and saved the other for the red-headed woman who changed my life.

So how DOES one stand strong in face of such suffering? 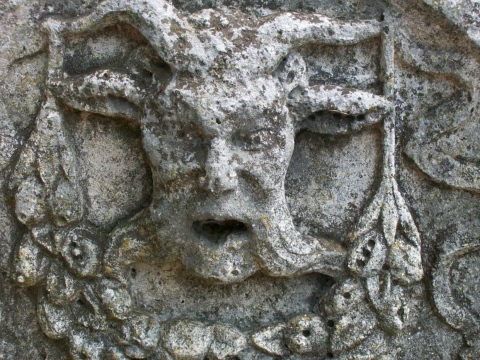 Be strong. Be brave. Be dauntless.

All photographs courtesy of Sharon Wray.

Sharon is a librarian who once studied dress design in the couture houses of Paris and is the author of the Amazon bestselling Deadly Force romantic suspense series.
View all posts by Sharon Wray »