← Walker and Neggers Winners!
Congratulations to the winner of ANIMAL INSTINCTS! → 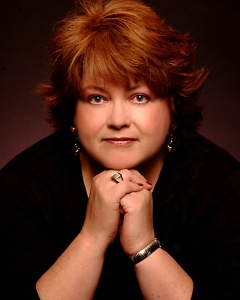 Kiss and Thrill is delighted to welcome back author Patricia Rosemoor to celebrate her latest release, a paranormal romantic suspense — ANIMAL INSTINCTS — described below:

Luc Lazare doesn’t need more complications in his life.  And Skye Cross, the intriguing woman able to communicate with animals, is the last thing he wants.  Too bad his body disagrees. But he’s trying to save his shapeshifting family from being forced into the battle arena, and that means protecting the shifters responsible for stealing Skye’s brother’s soul. Even as she demands his help, he’ll have to resist the pull of temptation.

Skye’s most recent animal rescue assignment involves saving canines involved in primal battles.  Her investigation leads her to Luc, a man whose powers unsettle but intrigue her. Luc lures her into a dark encounter, and realizes that the animals engaging in these battles aren’t dogs at all, they’re wild predators. Skye finds herself caught in a dangerous world she never knew existed while relying on a man she couldn’t possibly trust.

In a world where everything–and nothing–is as it seems, can Luc and Skye find a way to overcome the odds that are destined to keep them apart?

Lena:  LOVE the cover. Yum! Patricia, you write romantic suspense and paranormal. Do you prefer one over the other? Plan to continue writing both? Which one was your first love?

Lena:  As you mentioned, you’re published with Harlequin Intrigue and Entangled. But you are also self-published. Do you have any lessons-learned while trying to write with a traditional publisher, a smaller press publisher, and Independent? Or challenges writing  all three that you’d like to share?

Patricia:  I’ve actually had 95 books published. Only SKIN was originally indie-published. The other indie titles are backlist, both Intrigues and others. I’m a computer person, so I enjoyed learning to turn files into digital books and uploading them. And then I got bored having to do it. I still love creating covers, the most fun thing in the indie process. When I wrote SKIN, I needed to find editors, both developmental and copyediting. I can’t stress enough how important editing is. The thing I hadn’t thought about was the sheer volume of promotion that an indie author needs to do. No support. Everything is up to the author. That’s the part I like the least. I want to write in a fiction world, not about myself. I know a lot of indie authors have no desire to write for a publisher. Truthfully, I prefer it, as long as I get to write what I want. 🙂

Lena: Tell us about your newest release? What inspired you to write it?

Patricia: ANIMAL INSTINCTS came from my volunteering at PawsChicago, a very successful animal adoption center. The Humane Society of Illinois held meetings there about anti-dog fighting legislation. Most people probably don’t think much about it, but hearing the stories, seeing the footage of the real thing–of children learning to make their dogs fight–broke my heart. I wanted to use dog fighting to spread awareness, but I quickly realized that books with dog fighting wouldn’t sell, so I made the fights shifter fights–shapeshifters fighting in their animal form. Then the fights took on a whole new, more interesting aspect. 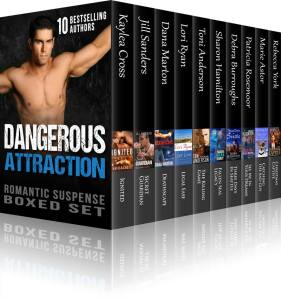 Skye Cross, an animal advocate, goes to a fight with Animal Control, expecting that after the fight is broken up, she will see that the dogs are properly cared for. What she gets instead is to be thrown into a world she doesn’t know and doesn’t understand. And outside the arena, she meets a man she can’t possibly trust. Luc Lazare is half-human, half-Kindred. He’s a shifter (panther) caught between the two worlds of his parents. When Skye’s cop brother who was investigating murders linked to the fights is shot to death the next night, Skye is determined to find his killer, and Luc Lazare is the only man who can help her.

Lena: That sounds like a seriously intense story. Awesome. Would you like to share a call story with your readers? Either the “call” when you first sold (or got an agent) or perhaps were a finalist/winner in a contest? 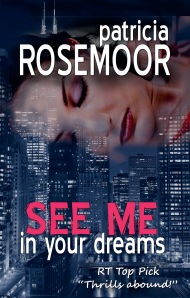 Patricia: For me, both happened one after the other. I won the Golden Heart for best YA Romance from Romance Writers of America.  In those days editors were judges, and the Silhouette editor wrote to me personally and asked if I could expand the book. I did, sent it in and waited. I wasn’t able to go to the conference where the awards were announced and presented. Afterward, I learned I won the GH and that the editor was saying I was her author. But no call. No call the next week either. Finally, a full two weeks after the conference, she called and asked if she had made me an offer. I said no. She said she hoped I would take it because she’d already put the book into production.

Lena: Oh my gosh! Now that is an incredible (and a bit crazy) call-story. Amazing. Oh, and congrats on the GH win! And the 95 stories too. What an outstanding accomplishment! How do you research all those stories? Do you have some fun or interesting research tidbits or experiences (such as trips) to share?

Patricia: I don’t do vacations anymore. Now I do research trips. Once my late husband and I flew to Paris to see the catacombs, underground tunnels holding the bones of innumerable dead, which was an important part of an Intrigue. On a more cheerful vein, I’ve swum with dolphins, howled with wolves, ridden mustangs…all in the name of research. I went to India a couple of years ago with another author and her husband. I developed a novel using the India research. It’s on submission now.

Lena: Very cool! When you’re back home relaxing after these exotic trips, do you have any favorite television shows? Crime dramas? Paranormals?

Patricia: I watch quite a few crime dramas. The Closer was one of my all time favorites. The other being Castle, of course. Romantic suspense and great fun. The characters in both are wonderful, the touch of humor balancing the grimness of a murder investigation.

I try every paranormal show that comes on, but most don’t make the grade. Buffy the Vampire Slayer is my all time favorite. I saw every episode of the show at least twice. Currently the ones I really like are Teen Wolf and Grimm. And Sleepy Hollow has possibilities.

Lena:   LOVE Castle and Buffy. Right with you on those! Now for a quick question/answer drill…

* Beaches or Mountains? Water! Not necessarily the beach, just the view.

* Favorite food? Ethnic Eastern European, which I grew up on.

* Favorite TV show? Dancing with the Stars…wish I could…

You can pre-order ANIMAL INSTINCTS or CRIMSON DUET (HOLIDAY IN CRIMSON and NIGHTMARE IN CRIMSON packaged together for $3.79), both going on sale November 25. And this is the launch week of DANGEROUS ATTRACTION, ROMANTIC SUSPENSE BOXED SET, ten romantic suspense titles by ten bestselling authors (including Patricia’s The McKenna Legacy: SEE ME IN YOUR DREAMS), for only 99 cents through November 16.

You can find Patricia Rosemoor…

Lena:  Thanks again Patricia! You’ve been a wonderful guest.

One lucky commenter wins an ebook copy of  ANIMAL INSTINCTS (via Amazon.com gift certificate) from Patricia Rosemoor. Don’t forget to stop by Thursday to find out if you are a winner!

← Walker and Neggers Winners!
Congratulations to the winner of ANIMAL INSTINCTS! →