Kiss and Thrill is actively involved in trying to raise money for diabetes this month — so pardon us rerunning a post from last November.  Lena Diaz’s story of her daughter’s struggle with diabetes touched all of our hearts and is one of many reasons we’re participating in the Brenda Novak Auction for the Cure of Diabetes.  We have put together a nifty Kiss and Thrill Gift Basket, Carey Baldwin has donated her Vail, Colorado condo and a copy of her book, and of course there are tons of other wonderful things on the Brenda Novak Auction Homepage.  Please take a look around and you’ll be surprised at the inexpensive goodies up for auction.  And thank you for helping cure diabetes!

When I think about what I’m thankful for, I can’t ignore the fact that November is Diabetes Awareness month. Eleven years ago, my daughter was diagnosed with this terrible disease, and for that–I am thankful. Not because she has diabetes of course, but because she’s a survivor. Like most people, I wasn’t aware of the symptoms of diabetes, and because of that, I very nearly lost my daughter.

By sharing this personal story about my daughter’s diagnosis, my hope is that people who think they know about diabetes – but have never personally experienced its impact in their lives – will take a moment to read this. You never know. What you learn might save a life.

Most people are familiar with Type II diabetes, which is typically caused, or at least exacerbated, by an unhealthy lifestyle (over-eating, over-weight). People with Type II can lose weight and exercise, and often (but not always) symptoms of the disease will dramatically improve or disappear altogether.

I’m going to tell you about the other type of diabetes, Type 1, which my daughter Jennifer has. The picture above shows her in the hospital a couple of days after she was diagnosed.

Type 1 diabetes is also known as insulin-dependent or juvenile diabetes, because it usually strikes children. In this disease, the islet cells in your pancreas stop producing insulin. Most people who get this disease are NOT overweight. And losing weight or eating differently won’t make it go away or make it better. Your body doesn’t produce insulin. Period. And if you don’t have insulin every day, you die. Period.

Most people think they know the symptoms of diabetes. Thirsty all the time. Check. Frequent urination. Check. But there are many other symptoms you may not be aware of. I used to be one of those people who didn’t know the other symptoms, and because of that, I almost lost my daughter. Let’s step back in time to when my daughter, Jennifer, was seven.

Jennifer was thin. Always. No matter what she ate, she didn’t gain much weight (Symptom #1). From the time she could hold a sippy cup, she liked to drink a lot. So, for her, drinking a lot (and therefore going to the bathroom a lot) was normal. (Symptom #2)

Jennifer was relatively healthy, just like any other child her age. But shortly after she started school, she would complain about tummy aches. (Symptom #3) She only complained occasionally. It wasn’t chronic. Kids get tummy aches. A lot. So I really didn’t think that was a problem. I gave her medicine for her tummy, and she always felt better the next day.

I took her for a haircut one day. The hair dresser called me over. I thought she was going to ask me something about the hair cut, but instead she showed me several long strands of my daughter’s hair. The hair dresser told me my daughter’s hair came out too easily (Symptom #4). I have to tell you, I blew that off. I thought that lady was being silly.

A few weeks later, my daughter wasn’t acting like herself. She sat around a lot instead of playing. Her cheeks were also bright red. My husband took her to the pediatrician. I asked my husband to be sure to let the doctor know that the hair dresser said my daughter’s hair was falling out too easily. Because by this time I was thinking the same thing, but I didn’t have a clue what that could mean. Our pediatrician ignored the hair symptom, much like I initially had. And he diagnosed my daughter with Fifth’s Disease, which basically means a red rash and that she is tired a lot and doesn’t feel well. The cure was to give her time to get better. (Being diagnosed with an illness OTHER than diabetes is Symptom #5).

The following weekend, my daughter woke up in the middle of the night. She said her tummy hurt. And she was breathing very fast. (Symptom #6) She threw up and then seemed to feel better. No fever. So I put her to bed with me and she went to sleep.

The next morning she was feeling better, but not great. Her tummy didn’t hurt anymore, and she wasn’t throwing up, but she sat around not doing much. And when I looked at her, I could tell there was something wrong, but wasn’t sure what. I can only describe it as saying she didn’t look like Jennifer. Something about her face was ‘off’ but I couldn’t figure out what it was. (Symptom #7 – sunken-in eyes)

That was in September, on a holiday weekend. I was definitely planning to take her back to her doctor after the holiday. But I was so worried about her, that I went ahead and took her to the emergency room. Honestly, I felt silly doing it. She had no fever. Her doctor had already diagnosed her a few days earlier with Fifth’s Disease, which could theoretically explain her not feeling well. But my gut told me to go, so I went.

On the way to the hospital. She complained about being thirsty and I bought her a Gator-ade to drink. She drank a LARGE bottle on the way to the E.R. – all of it. It did nothing to quench her thirst. Her tongue was dry like sandpaper (Symptom #8).

When the nurse triaged my daughter, I told the nurse my daughter didn’t feel well, had just been diagnosed with Fifth’s, and that she drank a bottle of Gator-ade on the way to the hospital and her tongue was dry. I also mentioned her face just didn’t look right to me but I didn’t know why. I hadn’t even finished telling her all of that when the nurse reached for a glucose monitor and checked my daughter’s blood sugar level. That nurse knew with just one look that my daughter was severely dehydrated – which explains the thirst and the sunken-in eyes that made her look ‘off’.

Her sugar level was too high to register on the meter.

My daughter was immediately taken to the Intensive Care Unit. Her blood was drawn and sent to the hospital lab to get an accurate blood sugar level reading, and she was put on an insulin drip. A normal sugar level is around 100. If your sugar gets around 250 or higher, it’s considered really bad and dangerous. My daughter’s sugar was over 1000. Her doctor later told me he had never heard of anyone having sugar that high who survived.

My daughter spent four days in the ICU. I almost lost her. The doctor later told me that when sugar levels get that high, people typically have seizures and die. He also told me that if I had waited until after the weekend, my daughter would have died. He estimated she was literally within an hour or two of seizing and dying.

Think about that for a minute.

How many of you would have taken your child to the emergency room when they had no fever and just seemed ‘off’ and just weren’t very active? Especially since the pediatrician had diagnosed her with a condition just a few days earlier that explained her symptoms? I don’t know for sure why I went to the E.R. that day. My gut just told me something was wrong, so I went. And I thank God that I did.

I’m not saying to assume diabetes every time your child has a tummy ache. I’m saying to trust your gut and be your child’s advocate.

MOST Type 1 diabetics are diagnosed with a different illness shortly before being diagnosed with diabetes. Why? Because Type 1 is an auto-immune disease. Every time a person with Type 1 gets sick — whether it’s a cold or something else — their body attacks the Islet cells in their pancreas, killing more of them. One day, one of those “attacks” kills enough cells so that the diabetic goes into ketoacidosis, which is what happened to my daughter. Her blood was literally turning to acid and killing her.

So what about all of those symptoms I mentioned? Here’s a quick run-down of each symptom, and what it really meant, even though I didn’t know it 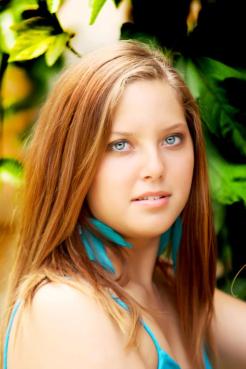 Okay, enough of the doom and gloom. I’m happy to report that my daughter recovered and is now living a rich fulfilling life in spite of the incredible challenges of living with this horrible disease. (The picture above is a current picture of Jennifer.)

Hopefully by sharing my daughter’s story, I have educated some people about symptoms you may have otherwise overlooked. And if that saves a life, well then, that’s a wonderful thing.

I am an author, who won the Golden Heart for my suspense novel "The Spy in the Mirror" and was a Golden Heart finalist, once again, for my second novel, "The Spy in the Harem." I am also a triple Daphne Du Maurier finalist for three other books. Please follow me at my website: TopSecretWashington.com, or friend/follow me on Facebook, LinkedIn and Twitter or on my YouTube Channel: https://www.youtube.com/user/DianaBelchase See you there!
View all posts by Diana Belchase »